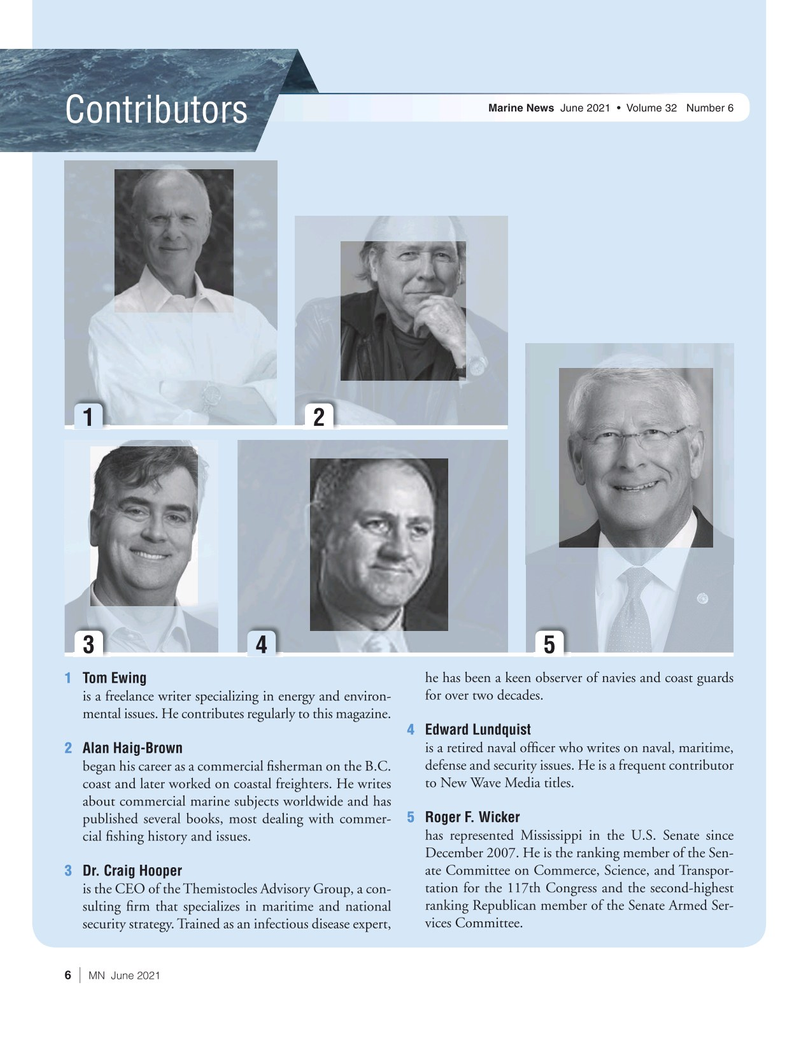 Contributors 1 2 34 5 1 Tom Ewing he has been a keen observer of navies and coast guards is a freelance writer specializing in energy and environ- for over two decades.

mental issues. He contributes regularly to this magazine.

4 Edward Lundquist 2 Alan Haig-Brown is a retired naval of? cer who writes on naval, maritime, began his career as a commercial ? sherman on the B.C. defense and security issues. He is a frequent contributor coast and later worked on coastal freighters. He writes to New Wave Media titles. about commercial marine subjects worldwide and has published several books, most dealing with commer- 5 Roger F. Wicker cial ? shing history and issues. has represented Mississippi in the U.S. Senate since

December 2007. He is the ranking member of the Sen- 3 Dr. Craig Hooper ate Committee on Commerce, Science, and Transpor- is the CEO of the Themistocles Advisory Group, a con- tation for the 117th Congress and the second-highest sulting ? rm that specializes in maritime and national ranking Republican member of the Senate Armed Ser- security strategy. Trained as an infectious disease expert, vices Committee. 6 | MN June 2021