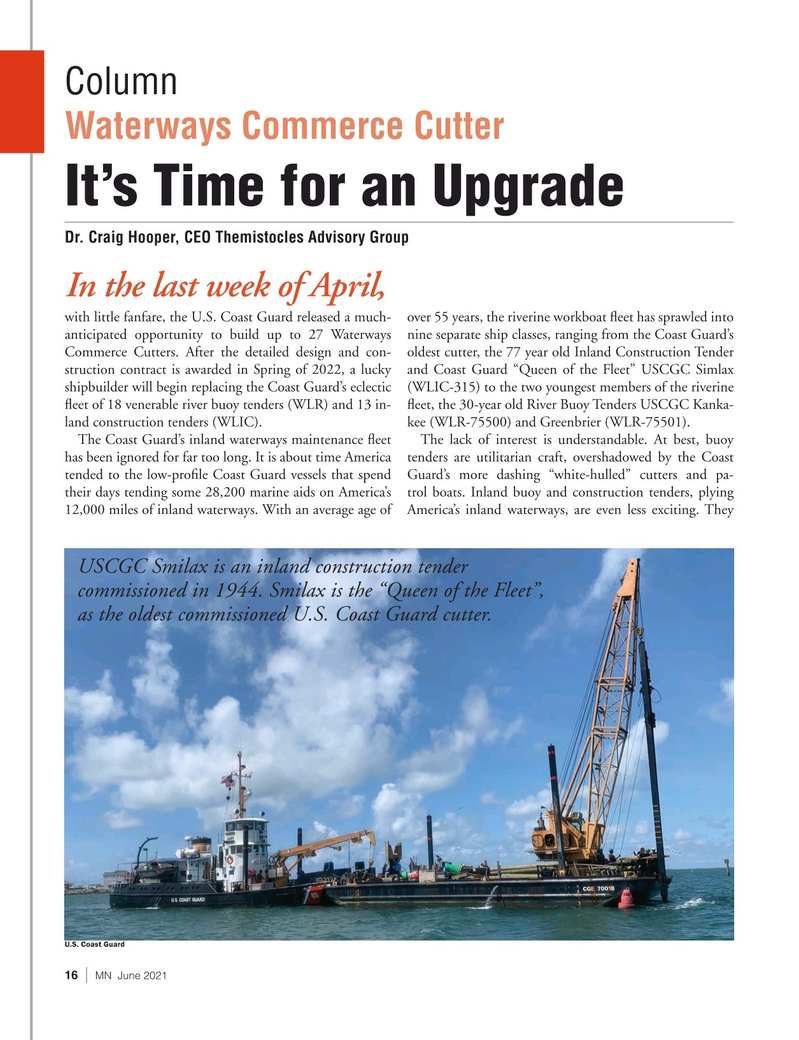 It’s Time for an Upgrade

In the last week of April, with little fanfare, the U.S. Coast Guard released a much- over 55 years, the riverine workboat ? eet has sprawled into anticipated opportunity to build up to 27 Waterways nine separate ship classes, ranging from the Coast Guard’s

The Coast Guard’s inland waterways maintenance ? eet The lack of interest is understandable. At best, buoy has been ignored for far too long. It is about time America tenders are utilitarian craft, overshadowed by the Coast tended to the low-pro? le Coast Guard vessels that spend Guard’s more dashing “white-hulled” cutters and pa- their days tending some 28,200 marine aids on America’s trol boats. Inland buoy and construction tenders, plying 12,000 miles of inland waterways. With an average age of America’s inland waterways, are even less exciting. They

USCGC Smilax is an inland construction tender commissioned in 1944. Smilax is the “Queen of the Fleet”, as the oldest commissioned U.S. Coast Guard cutter.